La-Z-Boy and Odenza Partner Up for a Winning Promotion 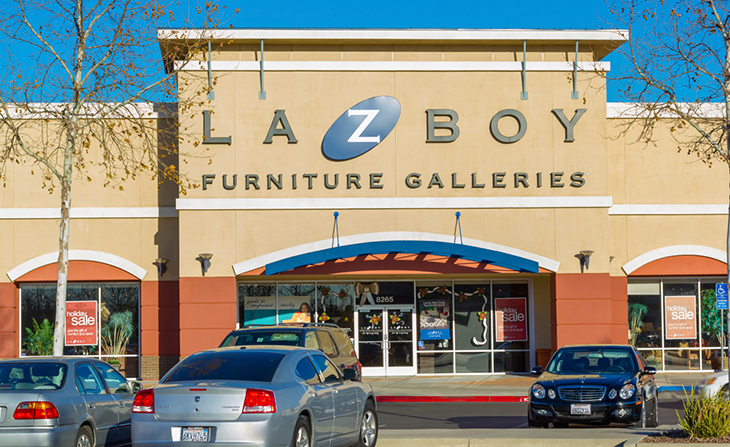 Running a business can be challenging and if you don’t continuously come up with creative and innovative ways to stand out from the competition, you’ll find it very difficult to keep your business afloat. It’s even a challenge for a big company like La-Z-Boy furniture, as they’re no exception to this reality. Therefore, a unique marketing strategy used by them involved offering their customers a complimentary vacation when they bought La-Z-Boy furniture. They were able to execute this furniture promotion successfully by outsourcing and hiring a travel incentives company called Odenza to help them.

La-Z-Boy, a well-known monster of a company, was founded in 1928 by Edward M. Knabusch and Edwin J. Shoemaker, two cousins from Monroe, Michigan (where the company is still headquartered). It all started with one chair, and since then, the furniture marketing ideas have resulted in the company’s products being sold in thousands of retail outlets as well as store locations throughout the world; the U.S., the U.K., Canada, Germany, Indonesia, Italy, Japan, Mexico, New Zealand, Turkey, and South Africa.

With so many locations, you’d think that this company wouldn’t have to do much in the way of coming up with furniture promotions. However, La-Z-Boy has to find a way to stand out from the competition just as much as any other business in their market. In order to do this, Thom Gessner, one of La-Z-Boy’s general managers, said that they decided to offer travel incentives provided by Odenza.

The purpose of the furniture promotion was, not only to help La-Z-Boy out financially, but also to help them stand out from the competition by offering a unique prize. Gessner spoke about the company’s experience with Odenza, stating that they were very happy with the results of this furniture promotion. The idea worked like a charm because, among other reasons, everyone loves to go on a vacation.

Odenza also helped La-Z-Boy to advertise their furniture promotion off in local newspapers, which highlighted the perfect vacation and the results were amazing. Not only was every goal met, but the results exceeded La-Z-Boy’s expectations. This was especially true because these satisfied customers would tell their family and friends about this furniture promotion, and with social media, this news reached an even wider audience. Gessner was so happy with the results that he told other businesses about it, who got excited about the offer as well.

How Odenza Can Help You

You don’t have to be a large company like La-Z-Boy to take advantage of this opportunity. With all of Odenza’s marketing ideas and travel choices, there are many affordable options that you can take advantage of. Also, as is evidenced by La-Z-Boy’s furniture promotion, Odenza knows what they’re doing. They’ve helped many businesses profit from travel incentives as they care about you and your business, and most importantly, your customers. .

If the testimonial from La-Z-Boy doesn’t convince you, consider this; Odenza’s marketing group received three prestigious awards from the Gallery of Superb Printing Awards. They’re also a three-time recipient of Carnival Cruise Line’s Pinnacle Club for sales excellence and were voted the number one choice for business travel incentives (a study conducted by Concordia University).

Odenza’s marketing group will work with you to find an affordable and effective travel incentive for your business. Odenza cares about the companies they work with; after all, their job is to make sure your company benefits from the promotion. So, why not hire Odenza to help you with a promotion that will benefit your business? You’ll see a big difference in profits earned from the special promotion.