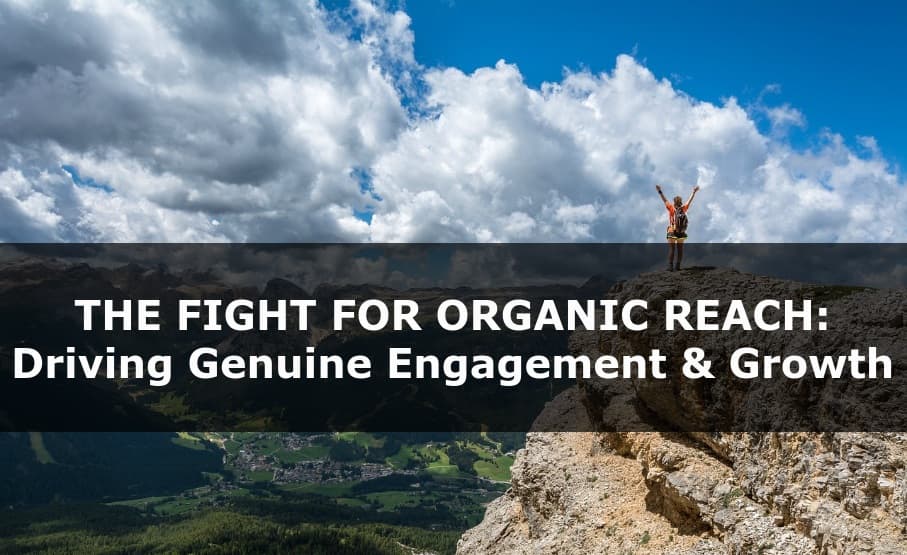 In part 1, I discussed how digital exhaustion, ad blindness, and changes to how people are engaging with social media are often overlooked as the significant barriers they are to effective advertising. If you missed it, you can check out part 1 here.

For part 2, the focus is organic social content – the posts that you make day in and day out on social media without paying. Advertising on social is a challenge in itself, but making your organic content stand out is a very different – and, arguably, more complex – beast.

While the challenges surrounding organic reach on social media are often discussed, many businesses tend to accept the inherent challenges, surrender, and then just pay to be seen. Solid organic reach is possible, however – it’s just that it does require extra effort and patience.

The points worth looking at to better your organic reach are:

• How you can increase your reach; and

• Why social media is not about your business

A Word on Algorithms

Making your business stand out organically on social media can be tough. All major social networks now surface content based on algorithms rather than reverse-chronological order – an order that used to be very popular on Twitter and Instagram.

Facebook and LinkedIn were two of the first notable social networks to implement algorithms, and in the past year the aforementioned Twitter and Instagram followed suit.

So instead of a user seeing all content – from most recent to least – from every account they follow, social networks surface what they consider to be the most relevant content from these accounts to each of their individual followers.

Without getting into the nitty gritty of how each algorithm works, a common concern (and an understandable one at that) is that algorithms only serve to heighten the reach of already-popular accounts while making it harder for newer accounts to reach their ideal audience.

What is undeniable is that it can be simultaneously difficult and frustrating to build your company’s social media presence organically.

Given that most social networks are free, their main source of income exists in the form of advertising – and you’re just one of the myriad businesses they want investing in their ad tools.

As the push for paying grows and organic reach is often reduced, businesses need to find ways to leverage organic to the best of their abilities. At the core of this, I’d argue, is the creation of engaging content that will make people want to interact with your page natively on each respective network’s platform.

In other words, if you can focus on organic content and genuine, friend-like interaction that doesn’t drive users away from each social media site, your organic reach will fare better. 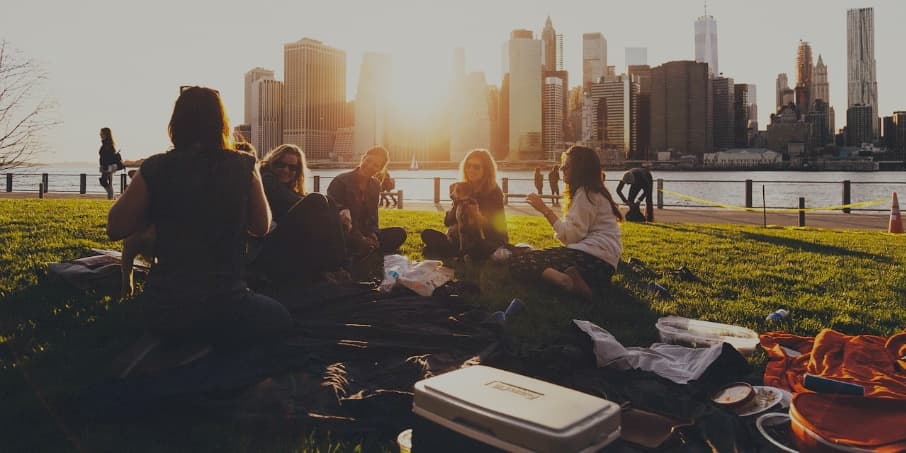 Plenty of research over the years has produced data showing that almost any page post made on Facebook that includes an external link receives far less reach and overall engagement than posts that encourage the conversation to remain on-platform.

While this limiting factor can be a source of frustration, it’s also an inevitable caveat that is applicable to most social media sites. After all, if you’re not going to pay them for every time a user clicks on your link and leaves their site, then they will very likely suppress your post’s reach.

But, if you post content that drives more and more engagement on the social network itself, thus allowing them to serve more ads to users and make more money, then you have a much higher likelihood of seeing improved organic reach.

Though it can be hard to do so, try to not see this as a a limitation. Instead, embrace it as a unique kind of challenge and incentive for formulating eye-catching and/or thought-provoking content on each platform.

Most facets of digital marketing are notably different from those of traditional marketing channels, and social media is defined by even greater differences. It’s all in the name: “social.”

Whereas older marketing often maintained an outbound approach of pushing your business in front of other people and talking to them, social media marketing was initially built more on the foundation of people being able to organically discover your business and have a discussion.

So, it’s not about you or your business, it’s about them. This reality should be reflected in how you market yourself and your business on social. More of the content should be about sharing helpful tips, asking your customers questions, posting photos of your employees and work culture.

Years ago, the 4-1-1 rule stated that “For every one self-serving tweet, you should re-tweet one relevant tweet and most importantly share four pieces of relevant content written by others.” This rule still holds water, whether you’re talking about Twitter or any other social media platform.

For every one post you make that could be promoting your product or services (or even linking out to your own site), you should strive to have five other posts that focus on driving meaningful engagement and discussion among you and your followers.

Not only does this type of content provide intrinsic value to your audience, but much of it also caters to driving on-site engagement, which in turn boosts your reach.

These posts could include a share of another person or business’s post or content; but don’t hesitate to utilize the five posts as a means of asking questions, of showing off photos or videos of your employees, or to offer an opinion or perspective that could drive healthy discussion.

Authority, proof of knowledge, and conversing with your audience are paramount on social media; and these efforts will yield you far better organic results than a constant barrage of self-serving posts and lazy audience engagement ever will.

For the final part of this series, I will focus on how to overcome creative block in the social media space. Though a common challenge that can be faced by any company or social media marketer, it’s rarely discussed when compared to many other potential issues and pitfalls.

You can now view part 3 by clicking here.

If you’d like to learn more about how we can help you heightened your social media marketing and advertising through the utilization of travel incentives, don’t hesitate to fill out the form at the bottom of this page.