The 3 Essential Components for Running an Exciting Social Media Contest 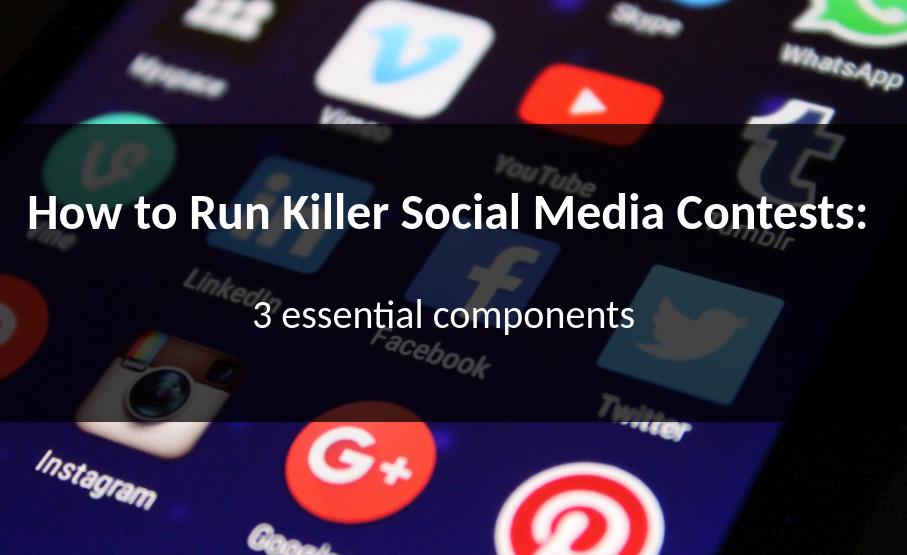 In the online age, social media reigns supreme – there is no real debate about this. Between them, they have billions of active users who all spend hours upon hours on each platform every single month. As a result of this, a large portion of the online population – and your business’s target audience – can be found on one or more of these sites.

This is just one of many reasons why your business should be seriously considering social media as a platform of choice for running contests. To help you better start these efforts off on the right foot, my focus for this blog is to give you a breakdown of some key points to consider and assess for any social media contest.

I will be covering the following:

• Why travel incentives are the perfect contest prize

• Points of consideration for contest ideas

◦ The value of the contest prize versus the effort required

◦ How much information you should require

First off, let’s talk about incentives. It’s natural that we would talk about these given the line of expertise here at Odenza, but incentives – particularly those of the travel variety – can yield fantastic results for almost any type of social media contest.

Whether your target audience comprises families, young couples, business professionals, college students, the elderly, or any other demographic in between, travel is a prize that appeals to almost anyone. It could be a cruise, a trip to Las Vegas, a 7-day resort stay in Mexico, a local escape (e.g. staying in luxurious hotel in your hometown), event tickets such as an NFL game or Broadway Show, etc.

Point being, travel and event incentives capture the attention of a large audience, meaning that they cater to your customers – no matter how broad or specific they may be.

Sometimes the toughest part of putting a contest together is figuring out what exactly the entry process will require. The reason social media is such an ideal platform for running contests is because it tends to offer a wealth of easy-to-use options in setting one up.

Second, whether contestants are entering through an actual social network platform (e.g. via an entry form on Facebook), a third-party contest site, or your own website, there’s plenty of room for creativity online. Entry requirements could be as simple as name, number and email; or as broad and creative as asking people to submit a themed video, photo, and/or written piece.

Panasonic, for example, utilized Odenza’s travel incentives to offer six contest entrants grand final prizes of trips to NYC for two as part of their Spider-Man: Homecoming campaign. This was complemented by themed bi-weekly prizes awarded to those entrants who received the most community votes for their “Spider-Man Power Pose” photos. 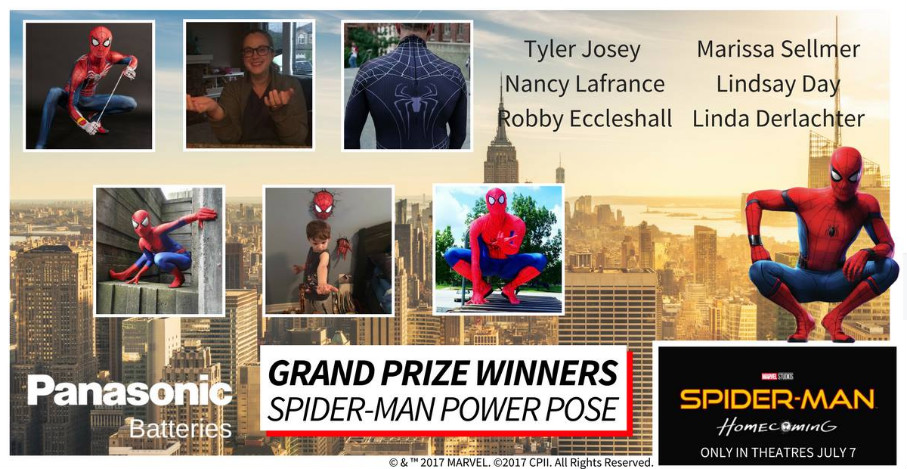 Entry requirements are important to consider in their own right, and I want to briefly touch on two points in particular.

The first has to do with value and effort. In other words, I’m talking about a) the value of the contest prize, and b) how much effort is required of contestants to become potential recipients of the prize.

This value versus effort balance is important to get right, the basic rule of which is the more valuable the prize is, the more effort you can require of your entrants – but there will always be limits regardless of the value of the prize, especially when it comes to how much information you require from them.

It goes without saying that, in this day and age, people can be concerned by how much information social networks and any online platform have on them. One such example is Facebook itself, which was recently embroiled in a personal data controversy of its own with the Cambridge Analytica incident.

While technically Facebook was not responsible for Cambridge Analytica’s exploitation of user data, loopholes in its user data agreement did open many users eyes to how third-party apps could abuse data in unethical ways. What this illustrates is that you need to genuinely look after any data you gain access to from contest recipients.

Furthermore, the more personal information you ask of them, the more hesitant they will be to enter. You can require more from contest entrants in terms of what they have to do to enter (take a photo, shoot a 30-second video, etc.), but you should not be asking for an amount of personal information that breaches what most would consider acceptable.

If in doubt, ask for no more than the following:

• state/province in which they live

• if necessary, date of birth or age range

If you need a specific address from them, this can be requested of the winner after you have contacted them to inform them they have won.

When putting together a social media contest, it’s important to evaluate each prospective platform. As you’d imagine, Facebook is often the first choice of many businesses, and it should certainly be utilized even if entering the contest is not done through Facebook itself.

Promotion is key here, however, so you should get the word out about your contest through all social networks that you’re currently on.

That said, be mindful of the fact that different networks may be either more or less receptive to such promotional content. I’m not just talking about the individual algorithms of these networks, but also their user bases.

As a quick example, while LinkedIn is a network focused on building professional connections in your business life, pushing your products and services – even as part of a contest promotion – can still yield inconsistent results. You may find that LinkedIn isn’t the best option, as what users are often looking for are helpful insights into the why’s and how’s of a contest or promotion rather than being told to enter a contest.

Twitter and Facebook, on the other hand, are great platforms for contest promotion – and both offer a slew of paid options to get the word out there, including boosting posts/tweets. If your business has an Instagram account, make sure it’s linked with your Facebook business page, as well. You can simultaneously set up ads to be served on Facebook and Instagram to reach even more people.

As users enter, you may even want to consider showing their entries on your social pages – provided this was an agreed upon right given to you by the contest entrant when they entered. This is a particularly great approach to take when you’re running a contest that involves a photo or video submission.

Want to know how travel incentives can heightened your social media contest strategies? Then give us a call on 1-866-883-2968 or fill out the form below.